"I never want to work in an office"

It was the proclamation of a tween girl, working at her family's takeaway business next door to an office of a printing business in a formerly industrial area of inner Sydney. The air conditioning, the mundane trek to the same store every day for lunch, afternoon chocolate trips - I wasn't going to have it.

My Aunty Margaret was surprised, and I can't remember if she was skeptical. "What are you going to do then?" she asked, and I remember rambling on about something outdoors or something practical using my hands.

Cut to my graduation from a commerce degree - I was in and out of university in three years - which I'd chosen over psychology and food technology degrees for the greater career opportunities. With a marketing major, I looked for my first post-university job for about two months, without a very clear idea of what I wanted to do.

There were a handful of interviews: a junior role with a media buying firm, a sales and marketing role with a direct marketing agency, even a group interview with a conference company. For the latter I'd applied for a sales role, thinking it was selling physical exhibition booths. But in the group interview there were other jobs on offer, including one as a conference producer.

I think I was the only one from the group interview to land a job and it was a pretty good introduction to the corporate and events world, especially straight out of uni. It's probably also where I developed a drinking habit as a coping mechanism for stress, met one of my best friends, and became familiar with the Surry Hills area down near Central Station and Foveaux Street.

I moved onwards and upwards in the corporate "office" world from there, with three jobs over seven years within the same block of the Sydney CBD. This period included a 7-month GFC-induced break when I started blogging to kill time between job interviews and meeting up with friends.

When I quit corporate life for good last year, these words came back to me, reassuring me that this was the path that was meant to be. The 13.5 years I spent in "an office" had set me up, set us up for the what we have today and I don't regret any of it.

I'll be trying to see what else the young Tina, the inner child has been saying.

A new (old) space for real life stories I don't want to forget. Because none of us are getting any younger... 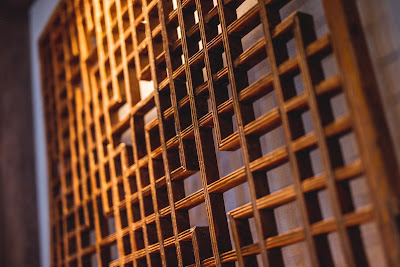